All Jobs
ABOUT THE JOB

The Beach and Bar Supervisor is responsible for assisting with bar operations, ensuring that customers receive the best service possible, upholding a constant level of staff productivity, ensuring that the bar's budget is not exceeded and maintaining health and safety standards within the bar.

Your tasks and responsibilities include:

Preparation of the service by:

What we'll be looking for:

A little history about us

Understandably, many think that the name Blue Bay was chosen because of the striking blue water in the bay. The truth is that this beautiful part of Curaçao was already named ‘Blaauwbaai’ (Blue Bay in Dutch), after Anno Blaauw, the owner at the time. He grew limes, oranges and – to make the name even more appropriate – the blue pigment indigo.

Over the years, the plantation has had its share of different owners. In 1800, it was occupied and plundered by French pirates. In the 20th century, it became the property of the Jacobs family, who used it as a farm. During the Second World War, American soldiers manned cannons at Blue Bay to shoot at German submarines.

The master plan of Blue Bay Resort dates back to 1990, when a local development group purchased the plantation from the Jacobs family and built the first infrastructure. In 1997, developer Steve Raspoort saw the area’s enormous potential. Step by step, he established a thriving resort and golf course. Steve Raspoort passed away in 2007, but his family continued realizing his dream to create a welcoming place where life is enjoyed to the fullest. Blue Bay has since grown to become a household name on Curaçao and in the Caribbean.

Blue Bay is a young team that has grown to a corporate company. With deluxe office buildings and a great team spirit. Ready to join us? 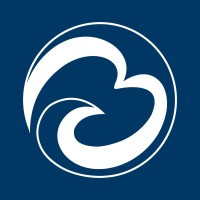 Apply for this job

Your session has expired. Please login again to continue.